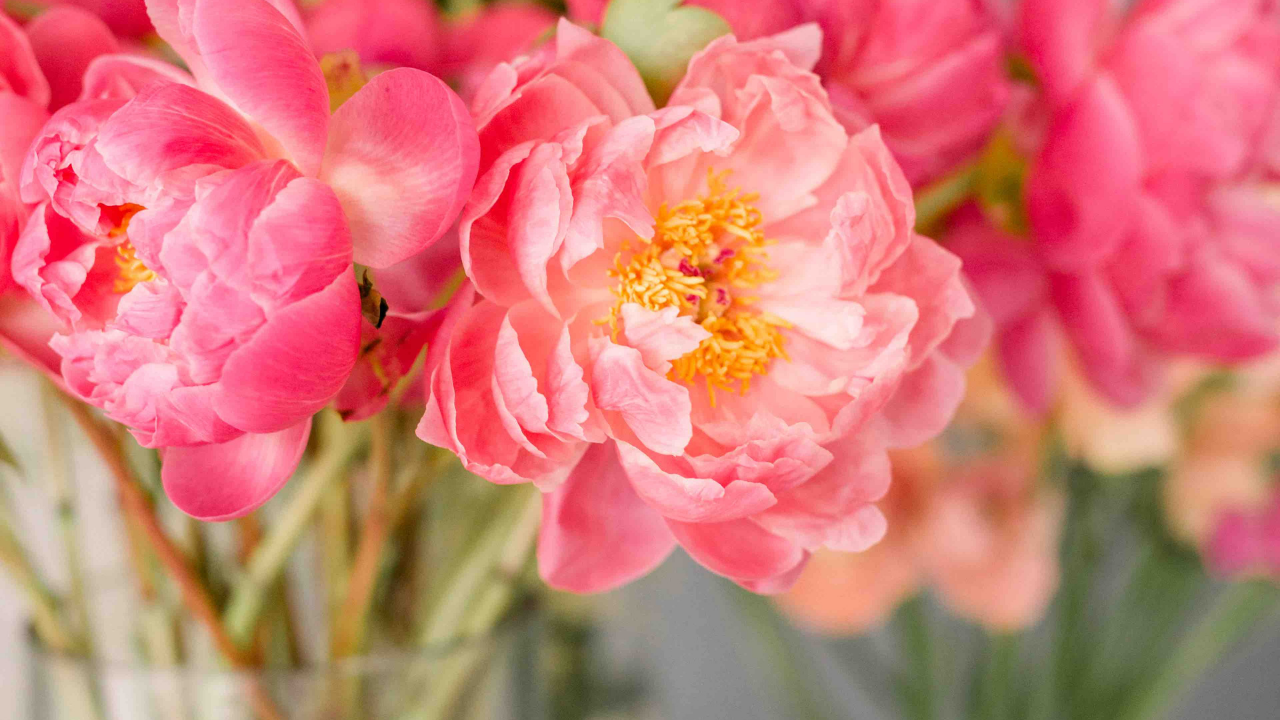 Ahh, peonies. As floral professionals, we have a complicated relationship with this highly sought-after flower. On one hand, when they are at their best, they are absolute showstoppers and everyone's favorite flower. But that's just it... nine out of ten brides want peonies at their wedding, regardless of when their wedding is. And while growers around the world are trying to keep up & produce them year-round, that does not necessarily mean that they will be at their best twelve months out of the year.

Read below for resident flower expert David Dahlson's summary of when peonies are at their best, and scroll a bit further for a helpful infographic that you are more than welcome to save to your desktop for future reference!

Technically speaking, Peonies are available almost all year long. However, this is due largely to product manipulation in dry and wet storage. In my early days in the business, there was an old canard that stated, “If you want Peonies for your wedding, then get married in May." In a way that still holds some truth, though with production in the Southern hemisphere during their spring we now have two production windows.

The early varieties are Coral Charm, Coral Sunset, Red Charm, Paula Fay, Pecher, and a little later Duchesse de Nemours – this holds true for Northern and Southern hemispheres. During the main months of production (May and June in the North; October and November in the South) a wide variety of great peonies are available. And there are good late varieties including Henry Bockstoce, Mary Nicholls, and Elsa Sass.

The very pale lavender and pale green zones represent that peonies are available but that they have been stored. The reliability of performance is hit and miss due to compromised vascular systems that can occur during dry storage as well as severe dehydration of the inflorescence.

Alaskan Peonies – These are produced during the end of July and into August. They have great peonies up there, but due to global warming, the crop explodes all at once, so the quality of product can be compromised, especially when it is then shipped to the lower forty-eight. It is simply not possible to harvest everything at peak condition in the short time frame available.

Israeli Peonies – These peonies are grown in large pots. Given that peony bushes have a massive root system, it is predictable that the resulting flowers will be small, due to the constrained nature of the growing environment.

As you can see, for the highest quality peonies we all know & love, it is recommended to order during the two strong growing windows - late spring & fall. While we may have some peonies available outside of those windows that can definitely work, it is important to manage expectations and know that realistically they will not be as big, lush, and fabulous as your bride might be hoping for.

The Life of a Coral Charm Peony

We're excited to share this fun infographic showcasing five days in the life of a Coral Charm...
Read More

In an effort to continue being transparent & help you understand what's really going on with...
Read More