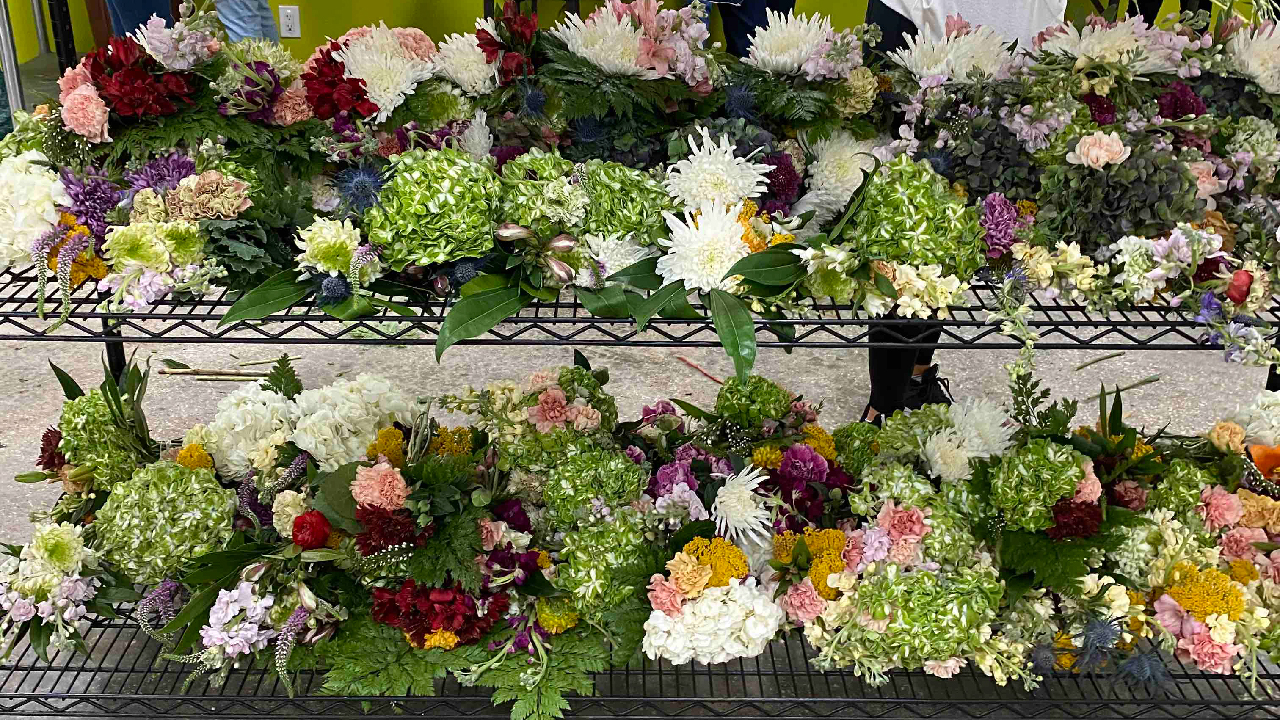 The past couple of weeks have been nothing short of heavy and solemn - a time to reflect as a country and process the great injustices of systematic racism and police brutality against black people. It's hard to know what to say or what to do, but when we found out that George Floyd's final memorial and viewing would be in his home town of Houston, we knew there would be a way to help bring a little light through flowers.

When Mayesh Houston put out a post on Instagram asking for local florists to help make bouquets to pass out at the memorial, they had no idea what the response would be. They had an overwhelming response, and even had to take down the post within a few hours as they had hit their maximum with social distancing in mind. The community support and outpouring of love from the florists coming together to use their talents to spread beauty in such a dark time was absolutely amazing.

Mayesh employee/family member Tawny McJunkins helped lead the charge to produce over 1000 bouquets, and then worked with the Texas Organizing Project to hand out these bouquets to all the people in line and in surrounding areas.

We'd like to give a special acknowledgement and thank you to Terrance Koontz from the Texas Organizing Project, as handing out these 1000+ bouquets would not have been possible without him. He had a smile on his face and an infectious energy that kept Tawny and the couple other TOP volunteers going on that hot, Houston afternoon.

It was a touching experience for everyone involved, and we're so lucky to have such an incredible community of florists in the Houston area that could all come together for such an important cause! 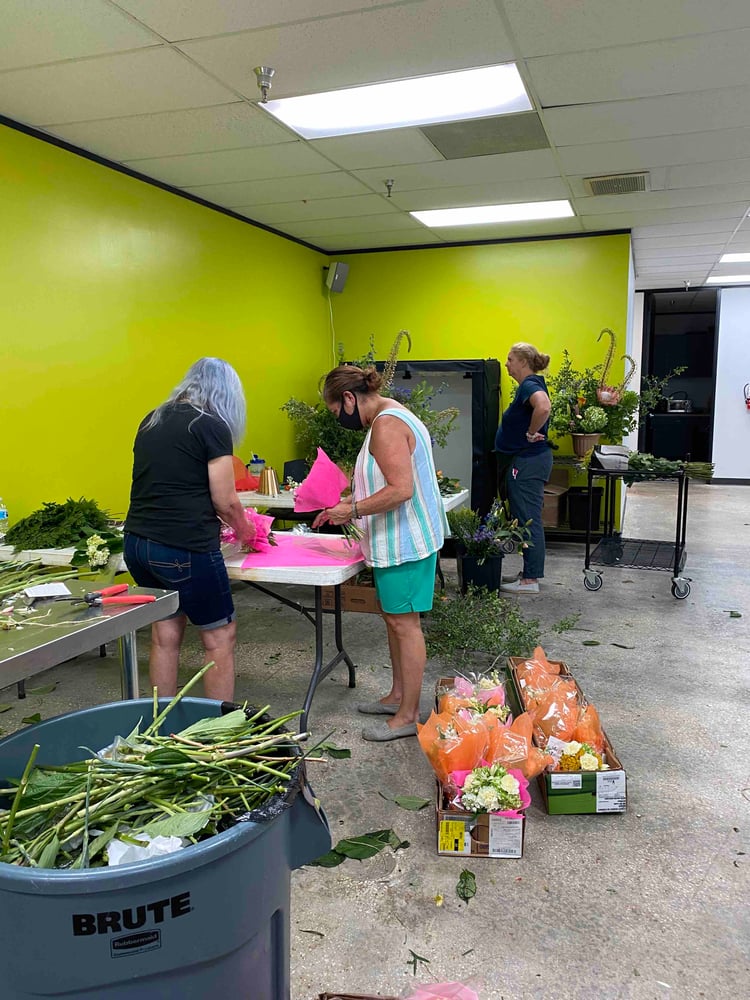 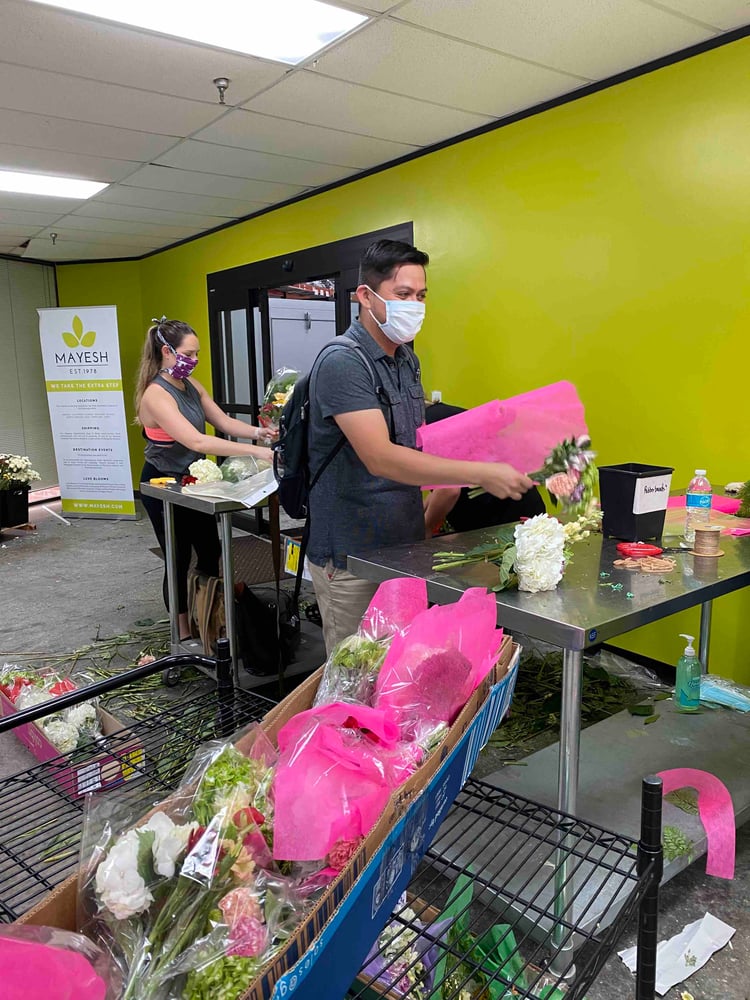 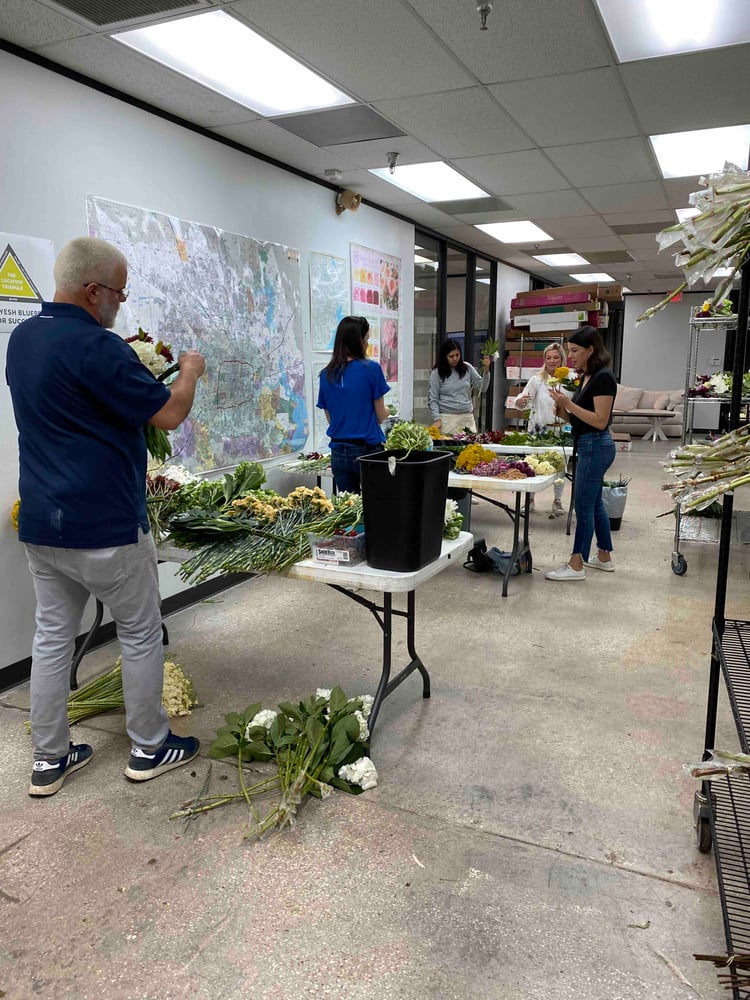 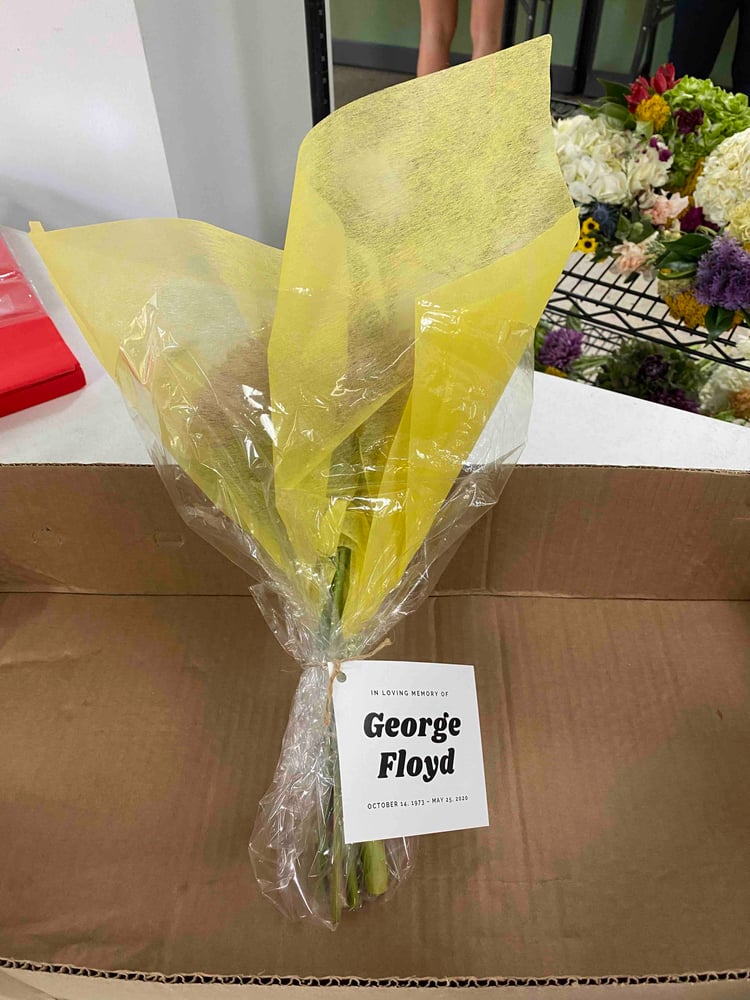 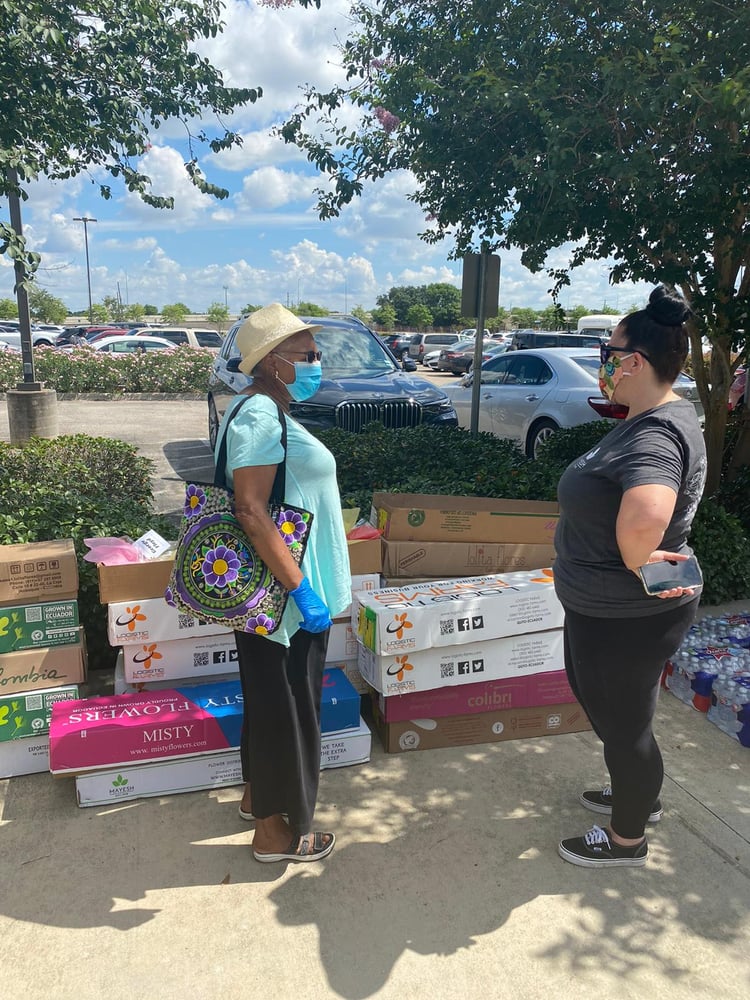 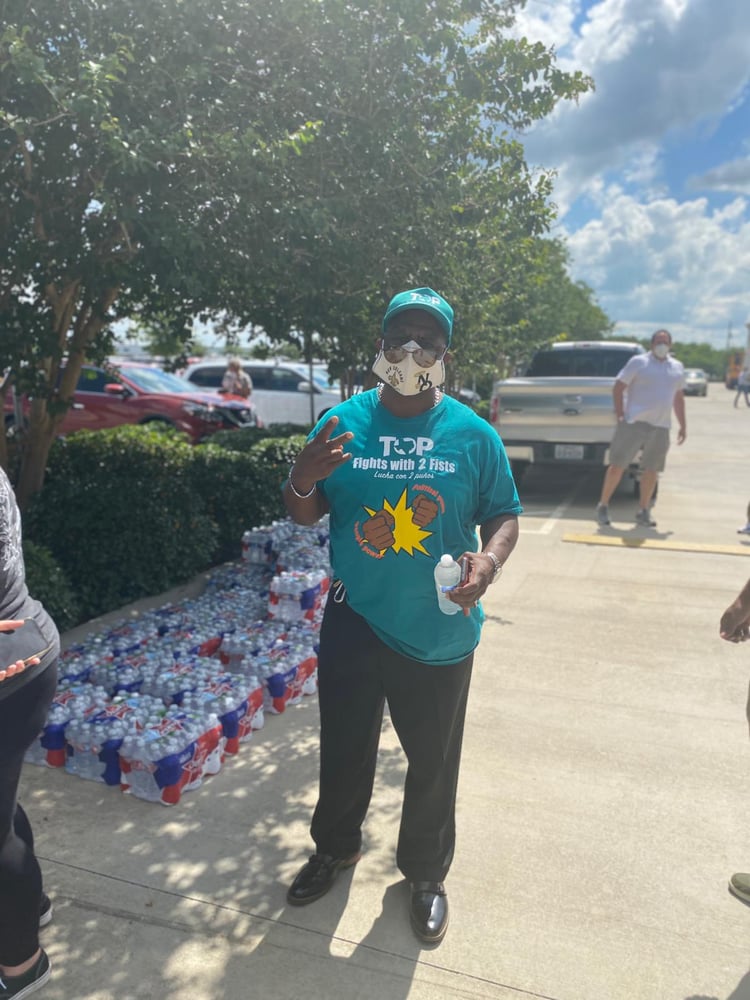 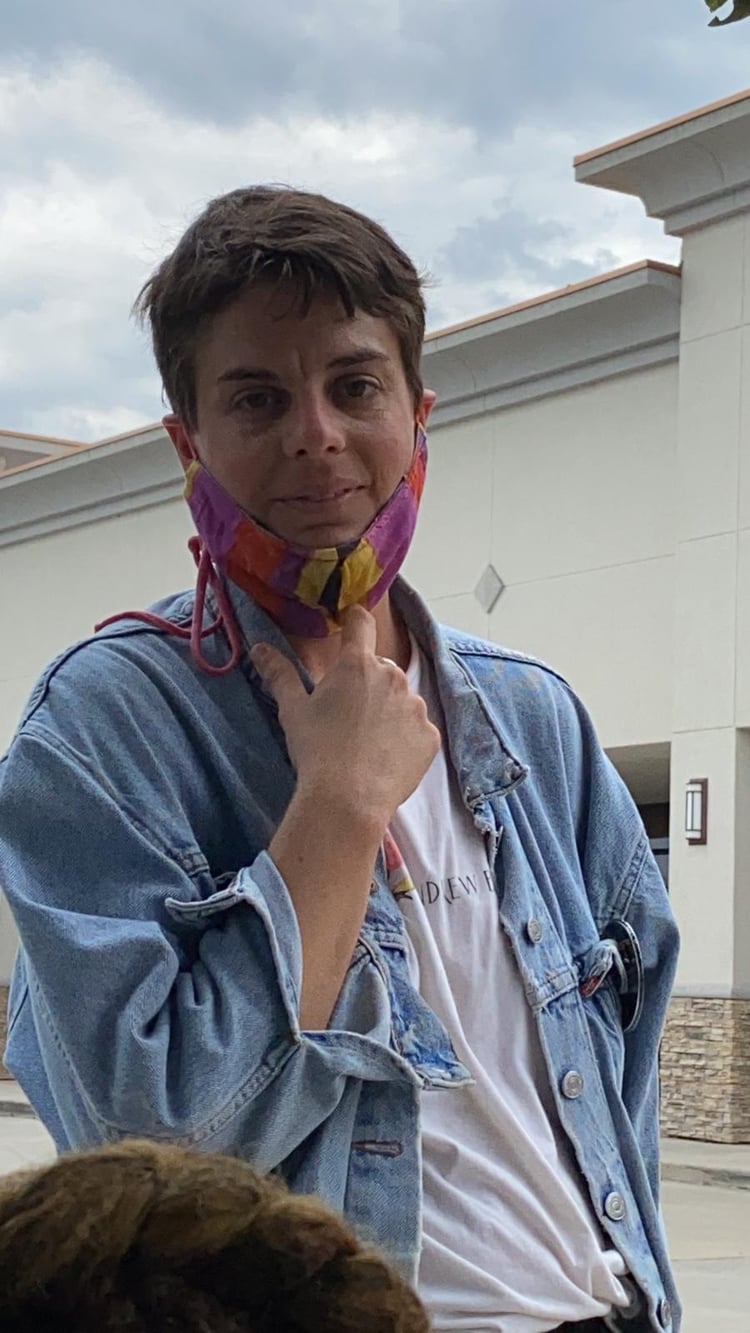 Published by Ali Dahlson on June 12, 2020
Tags: Mayesh Gives Back
Back to Blog

You've all come across at least one of these frustrating scenarios: your bride comes to you with...
Read More

Ryan O'Neil of Curate is sharing why florists need an end-to-end solution to manage their events -...
Read More

This November Curate is hosting its first ever Flourish by Curate conference, a business-minded...
Read More
Copyright 2022