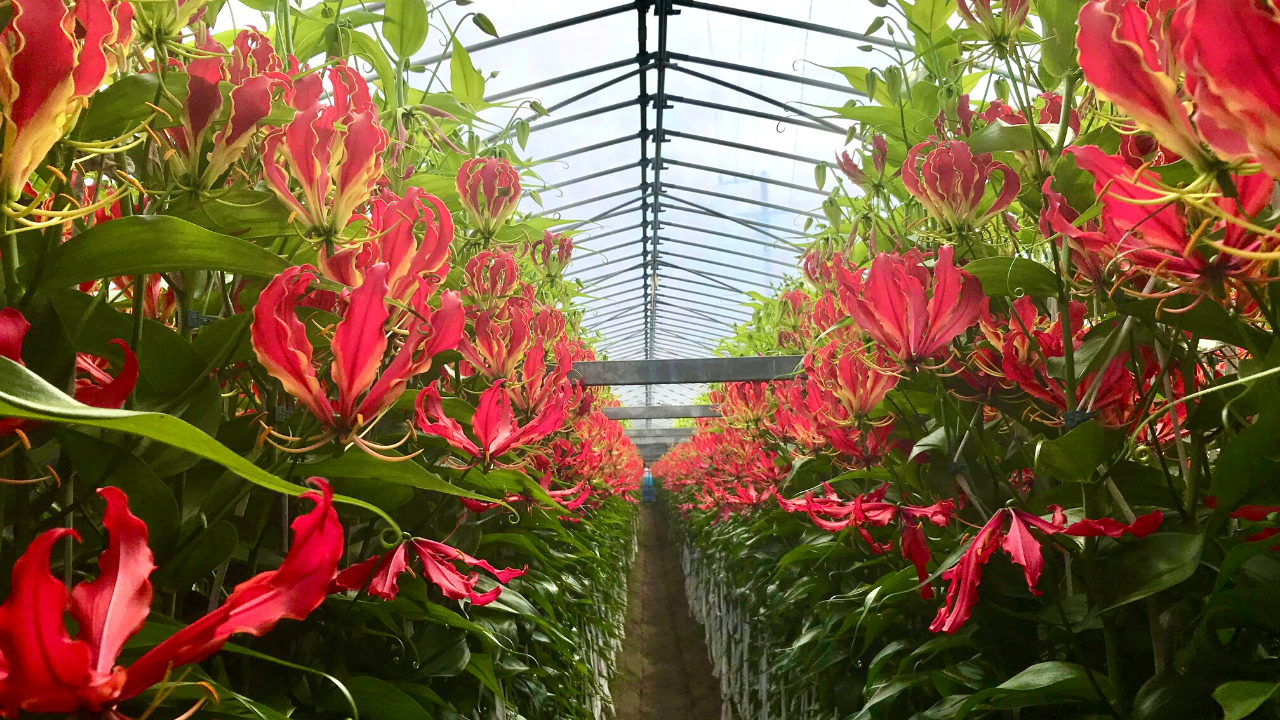 Gloriosa is a dazzeling flower. One grower in Japan, JA Misato Kochi, produces three million stems a year across their 32 farms! Learn more about Japanese Gloriosa and don't forget to watch the video below as well!

Kochi Pref, located in the south of Shikoku, facing the Pacific Ocean. 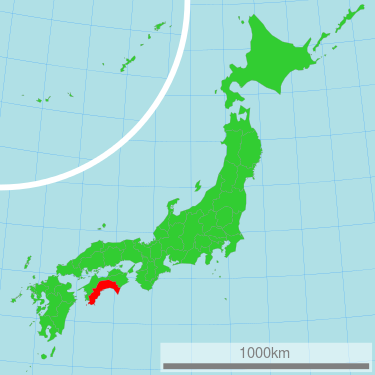 32 farms (1 JA gathers/ship all flowers in one place)

The cultivation area is about 4 hectares, and 32 farms are cultivating gloriosa. Gloriosa cultivated in the Japan Agriculture Misato Department has the highest production in Japan. The national market share is about 70%.

The cultivation of gloriosa started in 1980, and when it was first cultivated, it was a rare flower that was not widely used in Japan. Even though we didn't know how to cultivate it, after trial and error, we have been able to supply it all year round. Now we have an annual production of 3 million stems in a year.

In 2002, Misato's original variety "Misato Red" won the highest award at the International Flower Expo, making it the best flower in the world in both name and reality.

“Misato Red" (one of the varieties of gloriosa) is a fiery red flower, and as the name suggests. It is one of the representative varieties of Misato. In addition, “Southern Wind”, which is familiar as a standard variety, accounts for 80% of the shipment of Misato. The flower neck is short and cohesive, the stem is hard, and is a variety with a beautiful vermilion color against “Misato Red”.

One of the major differences between Misato and other production areas is that we have a complete joint flower selection and joint sales system at the shipping site from the beginning of the cultivation of gloriosa. Producers bring flowers to the collection point, and the specialist staff at the collection point will sort and pack the flowers. Therefore, uniform and stable quality is achieved. Co-selection has reduced the labor of producers and allowed them to concentrate more on flower cultivation. We have realized large-scale management and greatly contributed to the development of production.

In addition to producing flowers, we are also working to grow new varieties. Gloriosa flowers take more than 10 years to breed and produce new species, which is not easy.

0:00:32 Gloriosa has more than 70% of the Japan domestic market share made in Misato, Kochi City.

0:00:42 The flower language is “victory” and “glory”. Gloriosa is a flower that looks great.

0:00:51 Gloriosa has also won the title of No. 1 in the world at the flower show in the Netherlands.

0:01:09 The main color type is red, and there are also yellow, orange, and pink. Recently, there is also a rare white color.

0:01:27 Gloriosa is cultivated all year round in the Misato area. Please use it whenever you need for a bouquet. 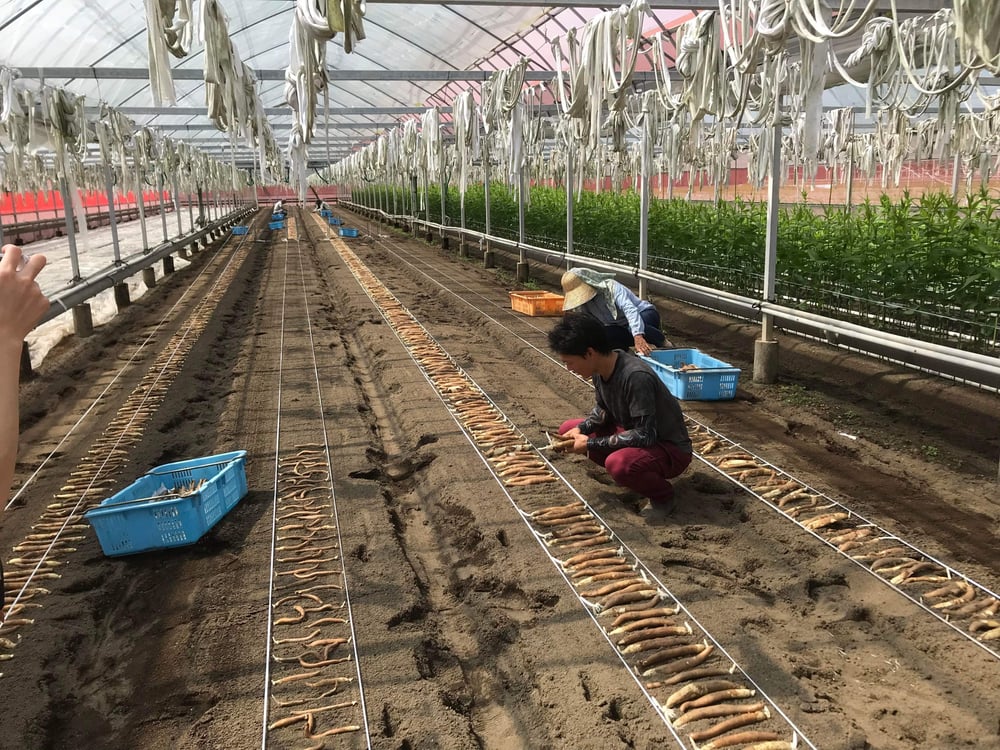 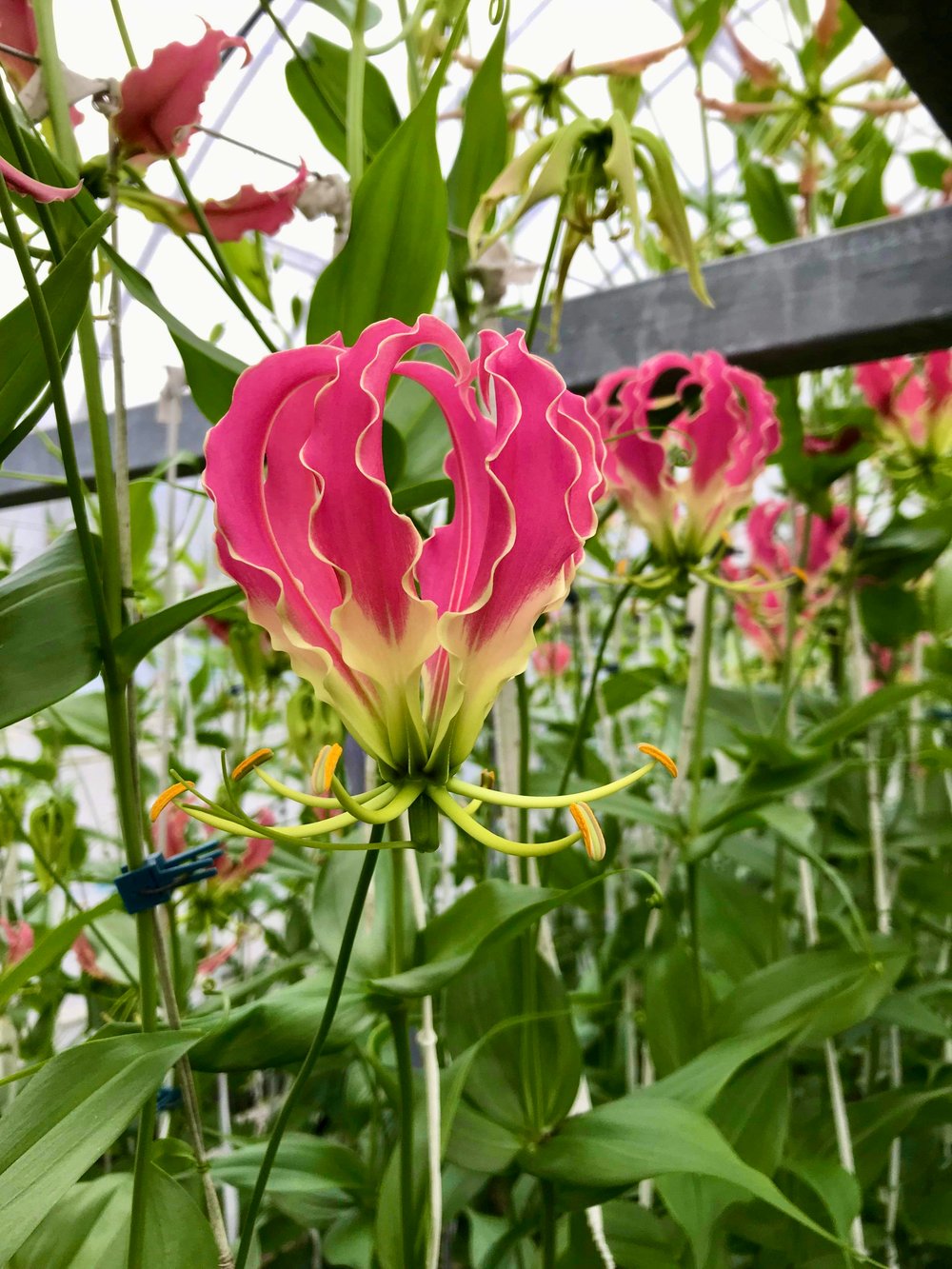 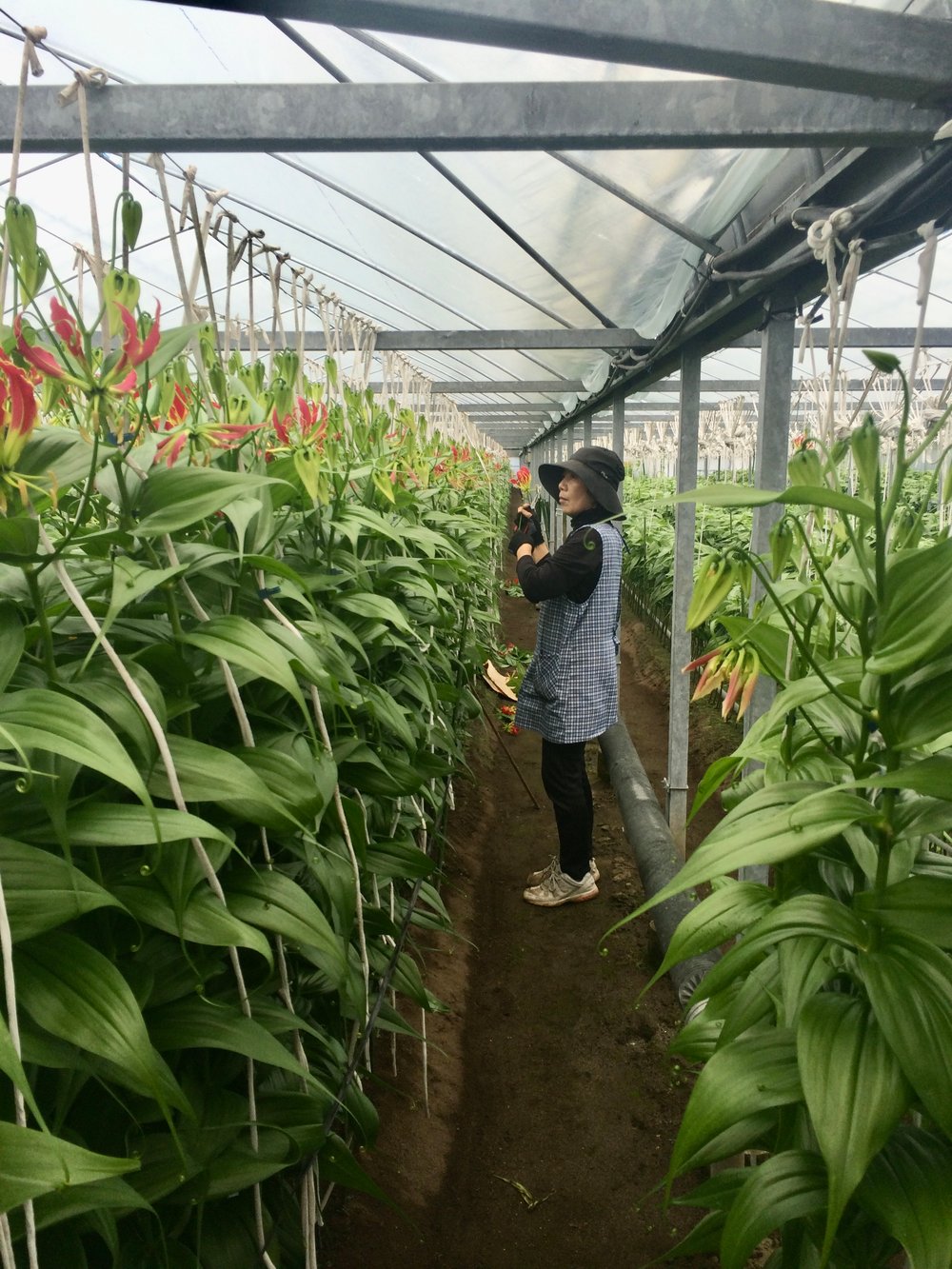 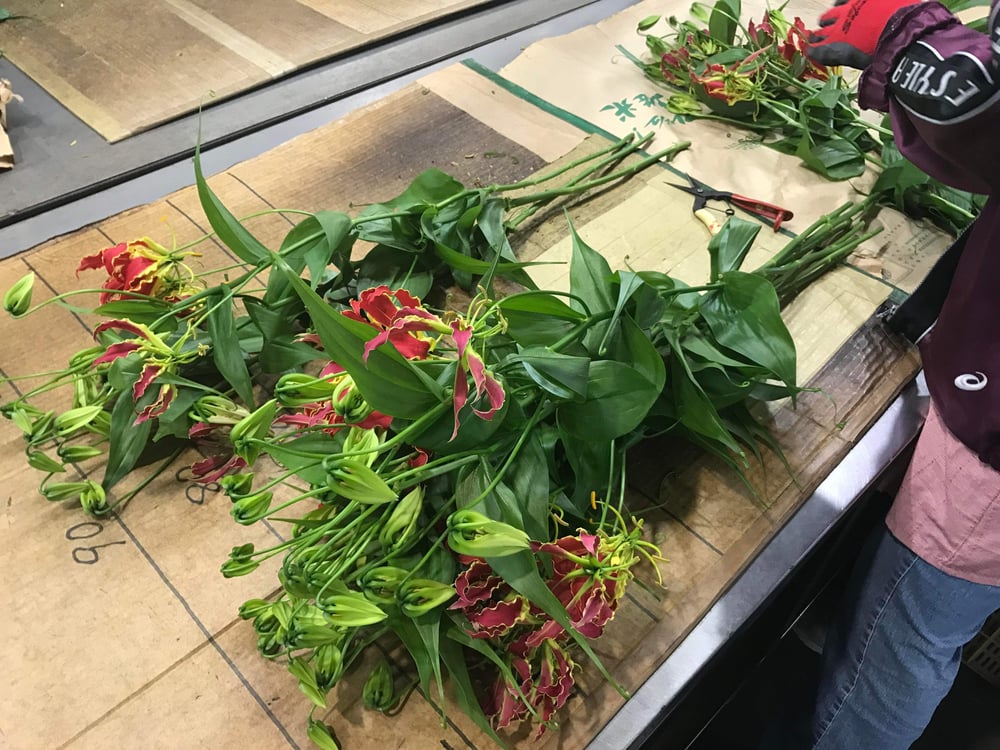 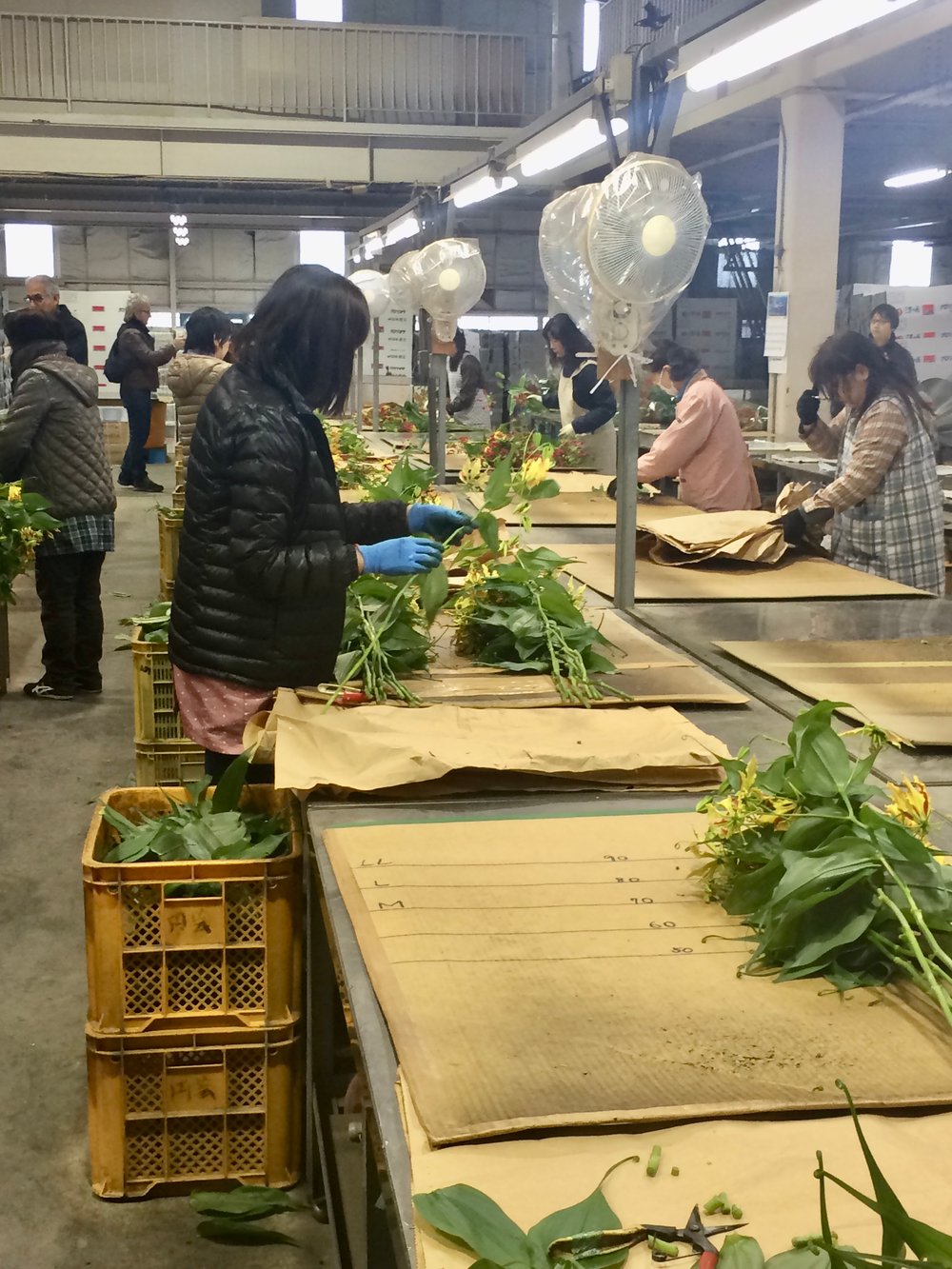