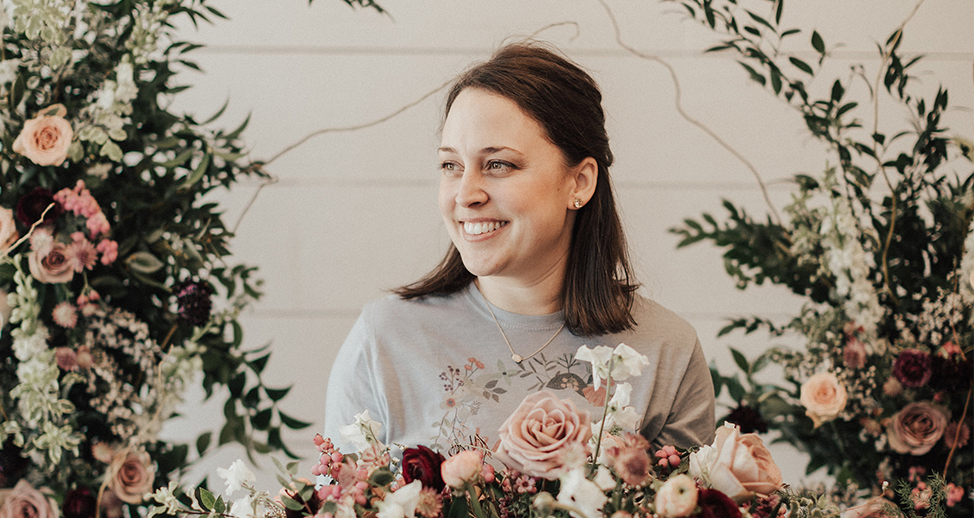 For part two of our February excellence-themed blog collaboration with Curate, we bring you Katie Penfield of Katiebug Florals! In this post Katie approaches the difference between perfection and excellence in business - read on for her thoughts!

Who here has ever made a mistake?

I’ve made plenty of mistakes in my life, some sting a little more than others at just the thought of them.

Who here has ever made a mistake within your business?

This one might sting a little more because it was more than just yourself on the line, but your business, your brand, your credibility.

We live in an imperfect world, but when it comes to customer service, we expect perfection. Or maybe more than that, we expect excellence.

I think of the times that I’ve purchased a product or a service from another company and when something didn’t go exactly as promised, I immediately felt like I had been deceived or let down.

However, I also think of the instances where the company or brand went out of their way to make up for it. Maybe it was a refund or the swiftness to replace the defective product. There are times when I think of a way a company went out of their way to fulfill a promise to me, the customer, that actually caused me to trust them even more and become a returning customer. Isn’t it funny how a fixed mistake can actually lead to future loyalty?

I don’t care how many lists or late nights or double checks you do, perfection is just an unrealistic reality in a world of imperfection.

But excellence is something completely in your control.

Excellence is exhibited from your first interaction until your last reaction with a client. Excellence can be displayed in an ad or an instagram post, it can be communicated in your customer service and it can be what smooths over a mistake or hiccup in the final result.

Recently, I received a phone call from a fellow florist friend. She had just delivered a wedding that she felt went completely flawless, even perfect. When she had almost reached her home, she received a phone call from the wedding planner saying that two bridesmaids bouquets were missing. In the craziness of loading, unloading and setup, she didn’t notice that two bridesmaid bouquets had gotten left at her studio. Her heart dropped to the pit of her stomach. At that point, the ceremony was beginning and it was too late to get the bouquets delivered in time. The wedding planner thought fast and turned two of the bouquets into four. The wedding was saved!

She called me asking what I would do to remedy that relationship with her client. I told her I felt her pain. I too had made a mistake once where I left a box of boutonnieres in the fridge at home. I was able to whip up some new ones onsite, but still, it felt like a moment of failure. I begin to think through with her how that situation should be resolved while still upholding excellence within her business. We decided that she needed to be proactive in contacting the bride and her family and to offer a refund and a sincere apology. She knew that she had done her best to establish trust in both her communication beforehand and her execution of the event, that her hope was that the client would be understanding. The bride was extremely understanding and grateful for the florists offer.

It was through the excellence that she established and exhibited throughout the process of planning with her client, that the bride ultimately recognized that a mistake is just that, a mistake. She knew that the florist would not do this on purpose and saw that there was an effort for remedy and compensation on the florist’s part. Ending in a continued relationship of trust and appreciation.

Perfection can drive us to absolute madness and keep us up at night.

But excellence is something that we can train ourselves to come naturally. We can exhibit it without even thinking just because we choose to be kind, fair and true to our word.

Excellence is what sets you apart from the next business because it is the idea of treating others the way you’d want to be treated.

I hope, every day, to live in a place of excellence not only in my personal life, but in my business as well. It’s something that I unknowingly am teaching my daughter as I remind her daily to do her best and believe in herself. It’s the single principal in life that we all expect from our fellow human beings, but unfortunately, don’t often see.

So today, choose excellence over perfection.

Choose to do your best, honor your commitments and put others before yourself. And in doing that, your business will shine above those around it. Not because it’s perfect, but because it’s excellent.

Want to learn more about Katiebug Floral? Click the link below to see some of her floral arrangements and installations!!

Published by Desiree Dahlson on February 24, 2020
Tags: curate, floral business
Back to Blog

Beautiful People of the Flower Industry: The Wild Mother

In our fourth episode of "Beautiful People of the Flower Industry," Valerie McNichols sits down...
Read More

In this episode, Val McNichols sits down with Kate Kashiri of Kate Wren Flowers in Bedfordshire,...
Read More
Copyright 2022